One math concept that often stumps students is subtracting with borrowing (or regrouping-whatever you’d like to call it). There are lots of concrete and hands-on ways to teach this concept so that it makes sense to kids, rather than expecting them to memorize a procedure. In the past, I have used base ten blocks or dimes and pennies as a model, which worked well, and I highly recommend teaching this in a conceptual way when introducing it to students. Today, however, I would like to share a trick that can help ease the frustration with subtraction, and actually remove the need to “borrow” altogether, and I hope you will find it helpful! 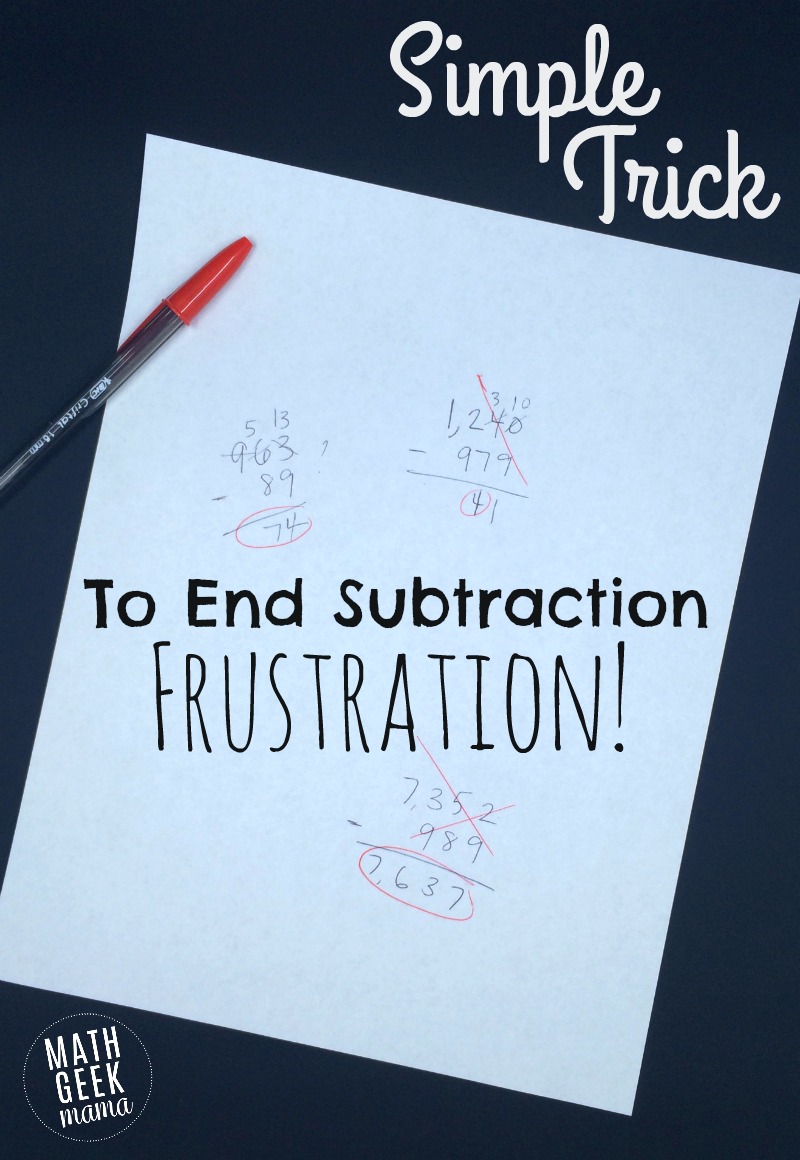 Simple Trick to End the Frustration with Subtraction:

Ok, so I’ll be honest, I’m really not a fan of teaching math “tricks.” Often, they are short cuts that only work under particular circumstances (which are not always made clear to students), and thus cause students confusion later.

Some of these tricks were especially frustrating as a high school teacher, because in the midst of solving a complex algebra problem, my students would need to do some sort of computation with fractions, but could not remember the “trick” they learned, and would therefore solve the problem incorrectly.

So just to be clear, this is not really a “trick,” per se, just an observation and mathematical truth that students can use to potentially make subtraction easier.

To do this, however, they have to have a clear understanding of place value, and an understanding of subtraction and what it represents. Then they will be able to see that the problem will be easier, but the solution will be the same (therefore, solve the easier problem).

Understanding why this is the case requires algebraic thinking, and will provide a good foundation for solving equations later on (i.e. you can do any operation to one side of the equals sign as long as you do the same thing to the other side).

If you are teaching this tip to your students, start with very simple problems like this, and model why this is true on a number line.

So why does this make subtraction easier?

When you get to large numbers and problems that require borrowing (especially with zeros), this process can make things simpler with one small step: subtract 1 first.

Here’s an example that would require a lot of borrowing, and it can be very easy for students (especially those who struggle) to get bogged down in the details and what borrowed number goes where: 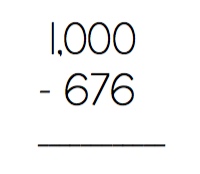 Because there are so many zeros, to regroup would require going all the way to the thousands place, and then working back. Instead, subtract 1 from each number first: 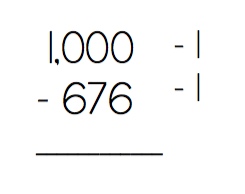 This changes the problem to this (which, remember, will give the same solution): 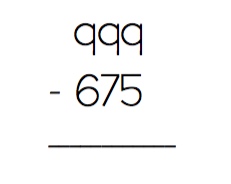 Now, when subtracting these numbers by hand, there is no borrowing or regrouping required.

Obviously, subtraction problems that have lots of zeros will work best to simply subtract 1 from each number.

If you’ve explained why this works, however, students can use this same logic to simplify any subtraction problem, and either make the regrouping less cumbersome, or remove the need to regroup altogether.

Here’s another example that is not so nice and clearcut: 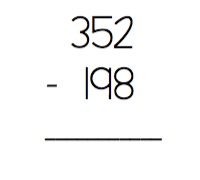 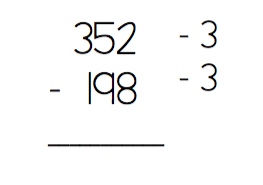 This changes the problem to this: 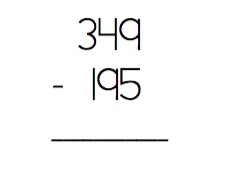 Now, there is still some regrouping required, but it’s not as complicated.

The basic goal of this is to create an easier problem and then solve it. By making the numbers on top (or at least some of them) bigger, you can make the subtraction easier.

Not only will this help students increase their number sense and mental math skills, but it will help them to better understand subtraction, as well as build a foundation for later algebra learning.

I would encourage you to start a discussion with your kids to see how they might explain this “trick” and why it works, as well as let them play with numbers to come up with their own way to simplify subtraction problems.

And most of all, have fun playing with numbers! 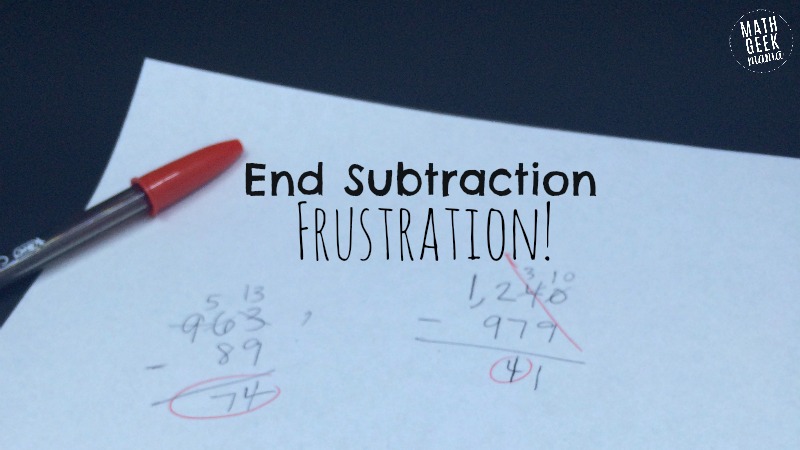 Want more tips and encouragement for teaching kids to be confident problem solvers? Subscribe to my weekly email newsletter and get my ebook, Strategies for Problem Solving: Equip Kids to Solve Math Problems With Confidence, for FREE!