If you have children, you likely spent much of their early years talking to them and reading to them. Encouraging language development comes so naturally to the new mom. We repeat words, point out words and pictures, try to get our kids to repeat words, etc. I (and possibly many of you) even taught my kids some basic sign language so that they could communicate before they were able to verbalize their needs. We seem to know, without question, that the way to develop language and literacy is to talk and read with our kids. Talking math, on the other hand, does not seem as intuitive, and for some, may seem downright terrifying. So how can you increase math talk with your kids? Here are some practical tips. 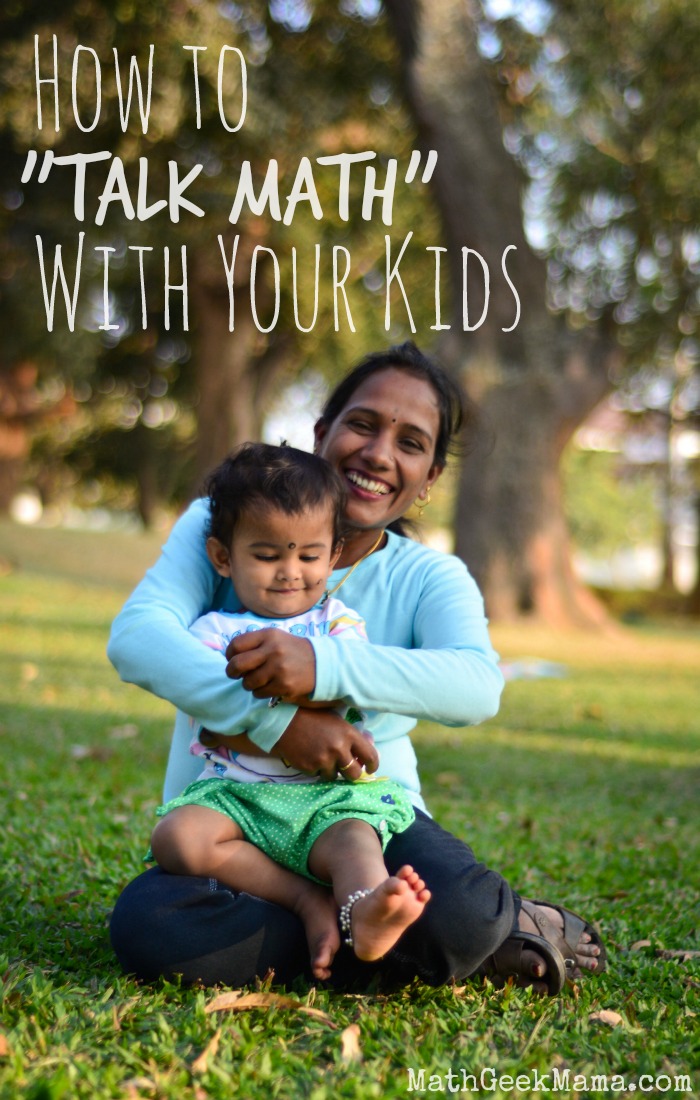 Why Math Talk is Important:

First of all, you may be wondering why this is even an issue. After all, isn’t math about numbers and computations? Of course talking increases language skills, but why would talking help with math skills?

While it is true that math is learned by doing, numerous studies have shown that early math talk is essential and has a large impact on future math success. It seems that early number related talk (including counting, comparing, sequencing, and discussing shapes) sparks an early interest in math and can decrease math anxiety.

A recent study from the University of Chicago and published in the journal Science, followed a group of 587 first graders in the Chicago area. The goal of the study was to determine if increasing parents’ involvement in math at home would increase the child’s achievement at school.

To test their theory, they gave some of the families the Bedtime Math app to use at home. This app (similar to the books) presents a story for parents and children to read together and then poses math problems related to the story.

Other families used a similar app, which allowed them to read a story together, but did not involve math.

At the end of the school year, they saw a marked improvement in the students who had been using the Bedtime math app.

The most significant finding, however, is that the greatest gains were in those children whose parents claimed to be anxious about math. Parents who are anxious about math tend to have a negative impact on their child (and their feelings toward the subject).

By the end of the year, after spending a little time with the Bedtime math app (even as little as once a week) these kids looked like the kids of parents who aren’t “math anxious.” This is significant given the findings in this study, which showed “math anxious” parents who helped their children with homework did more harm than good!

While it’s not clear what exactly it was about this project that made the difference for students (the technology, the stories, the types of problems, etc.), it seems that having opportunities to talk about math in a non-threatening environment (like while reading a bedtime story) increased students’ confidence and math abilities in the classroom.

It may have also been good for the “math anxious” parents who felt ill equipped to teach or help their kids with math.

(It is also important to note that not much change or improvement was seen in kids whose parents were already engaging them in math talk. So if this is already a habit in your home, you likely won’t see much change by using the Bedtime Math app.)

While this study incorporated the Bedtime Math app as a form of intervention and a conversation starter, the study is not about the app itself.

It is about the impact that even just a small amount of math related discussion can have on a child’s achievement.

This app is interactive and involved both the parent and the child. There are many, many math apps out there, most of which involve handing the iPad over to your child and letting them “do math” for a while.

Bedtime Math is different: it involves the parent and child reading and discussing ideas and math problems together, and I think that is the key to the impact seen in this study.

So if you would like to make math and number talks a more normal and natural part of your interactions with your kids, but aren’t interested in using the app or don’t have the necessary device, there are lots of other ways to do that!

Ideas to Increase Math Talk with Your Kids: 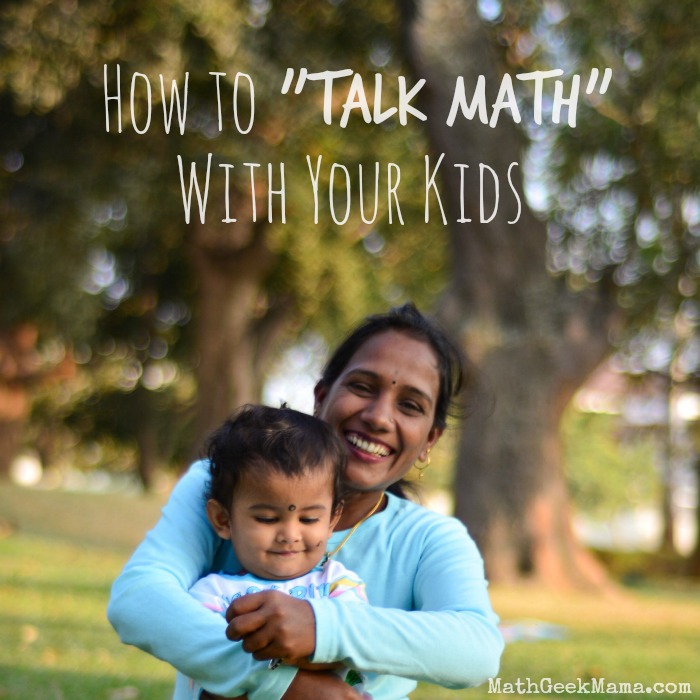 While these kinds of discussions may take some getting used to and may feel more “planned” at first, it will soon become more natural and an easy part of your interactions with your child.

If you’re looking for more ideas, I highly recommend checking out Christopher Danielson’s site, where he writes about practical and fun ideas, as well as his eBook, Talking Math with Your Kids