Understanding how to compose and decompose numbers is a very important skill in the early grades. This means understanding how to break numbers apart or combine numbers in different ways. For example, 3 and 4 make 7, but 2 and 5 also make seven. A great introduction and visual for kids is to create rainbows to show different combinations.

But I also love the visual of number bonds. So this simple apple math lesson combines a fun, hands on tool (apple slices) with this visual to help kids better understand composing and decomposing numbers. 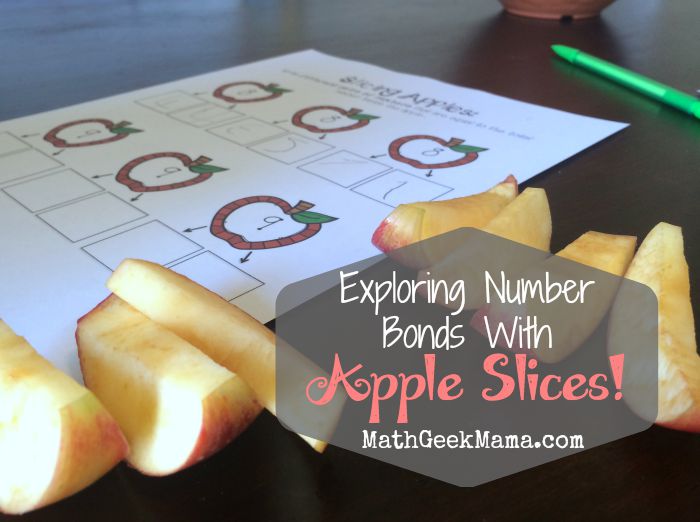 When my kids were in Kindergarten and first grade, I tried to combine them for math whenever possible. That’s how this lesson came about.

Rather than simply using a worksheet, however, I wanted to show them in a hands-on way how to decompose numbers and find patterns. And since all my kids love to eat apples, this worked out great because when we were done with math, they got to eat the apples for a snack!

To get ready, I cut up several apples into slices. 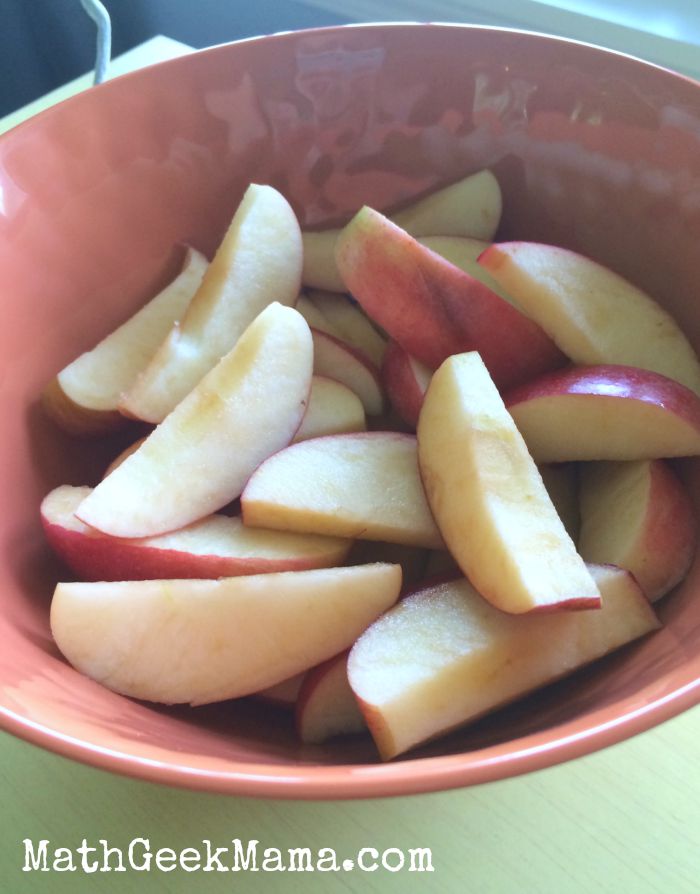 I wanted to be able to look at several different numbers from 4-10, so I made sure we had enough slices for them to each practice on their own.

To start, I showed them that I had cut an apple into 8 slices. I then explained that they had to share the slices between the two of them and they had to decide how many each person received.

They quickly decided that they would each get 4 to keep things equal and fair. So we saw that 4+4 = 8. 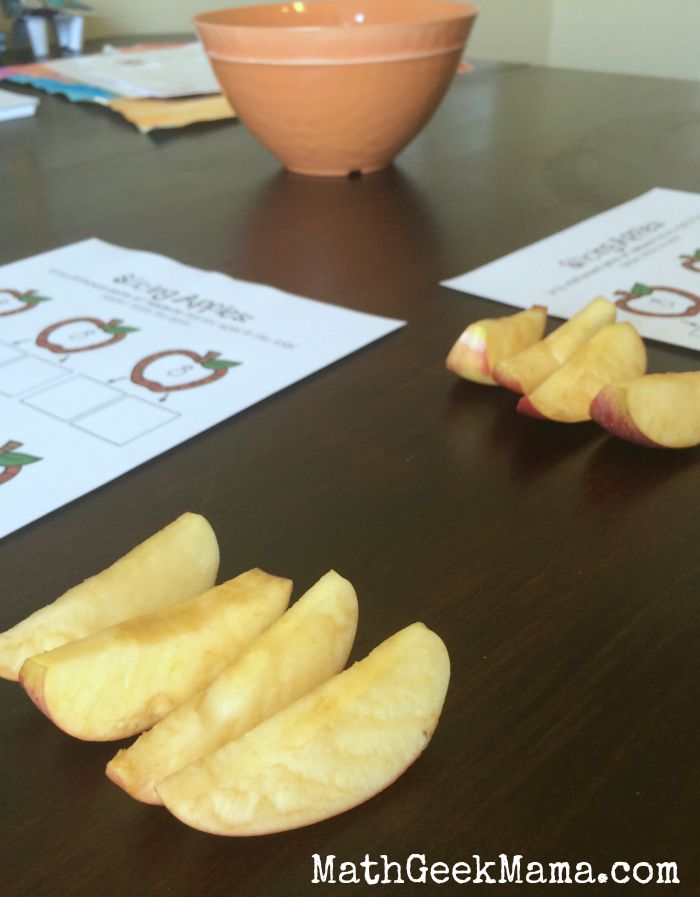 Then I explained to my son that his sister is not as hungry, so he can have more. She gave him 2 of her slices and we saw that now, he had 6 and she had 2, but it was still equal to 8 apple slices.

We continued mixing up the slices and I let them make observations about ways to make 8, then 9, 10 and so on. It was great fun! {Though I think their favorite part was eating them!} 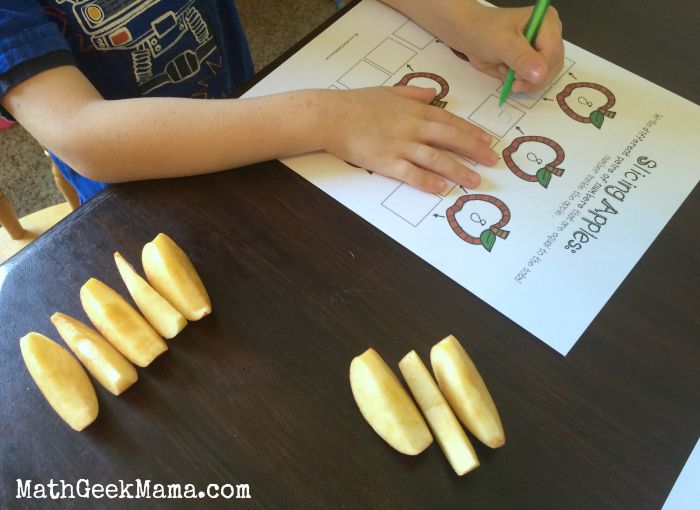 My daughter caught on pretty quickly and proceeded to find other number bonds without using the apple slices. My son, however, needed to use them to help him find the answer to a pair because he kept wanting to guess. For example, he would say “Seven and…three?” So I would make him count out seven for himself and then see that one was left, and so on. But this was great for him!

Then I let them practice with these fun cut and paste pages that I created! 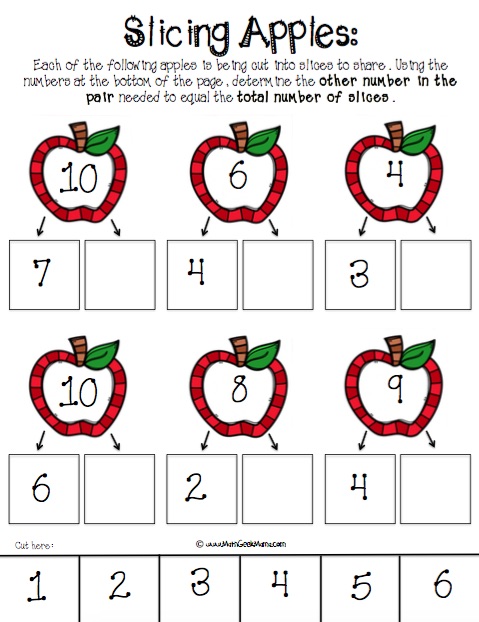 There are also pages that allow kids to find their own ways to decompose numbers and compare and hopefully recognize patterns. 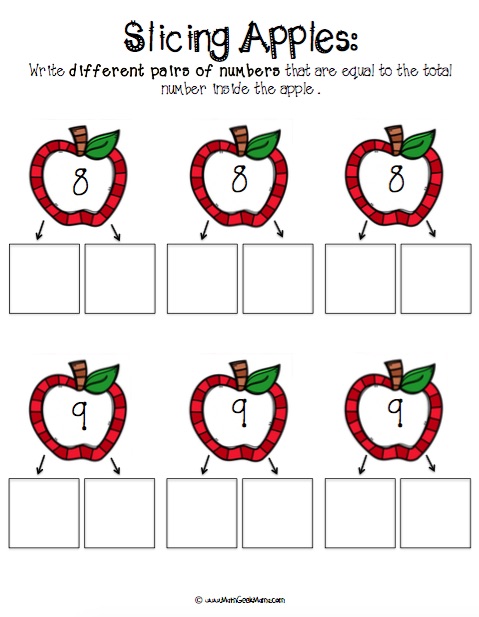 You could use these pages with actual apple slices (or any other manipulative) and let them record their findings as we did, or just as extra practice or review for older ones. 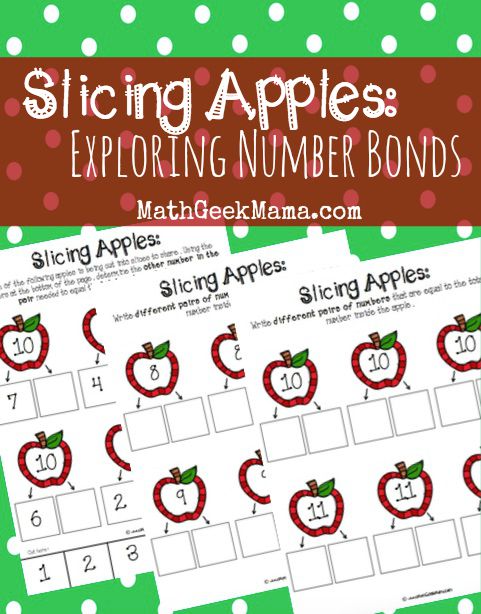 Want MORE hands on math fun with apples? I’ve expanded this freebie and added a TON of other early math resources in my Apple Math Collection for K-2.

Your kids will use apples to learn about counting and number recognition, addition & subtraction, graphing, measurement, estimation and MORE! 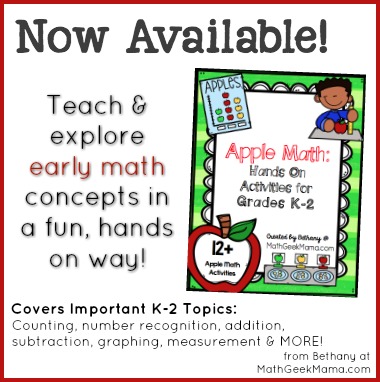 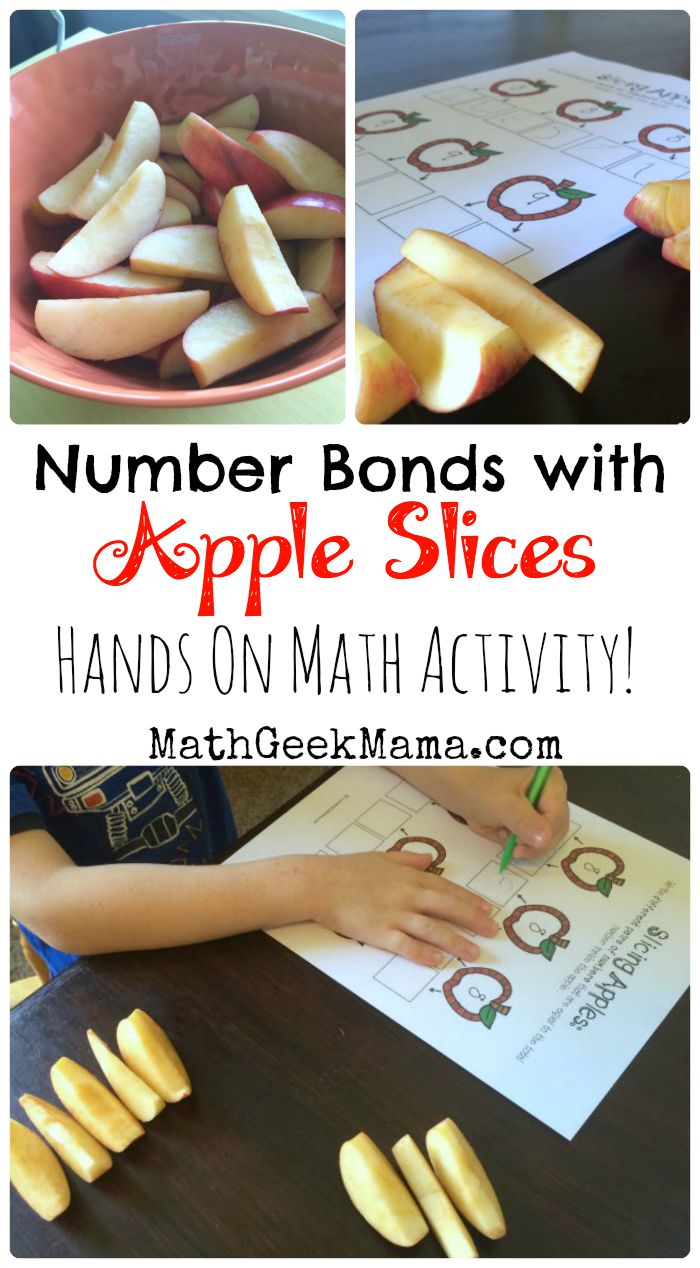 I hope you can use this to have some fun and playing with numbers and observing patterns! And if you’re looking for another fun Apple activity for back to school, try this FREE “About Me” Math activity! 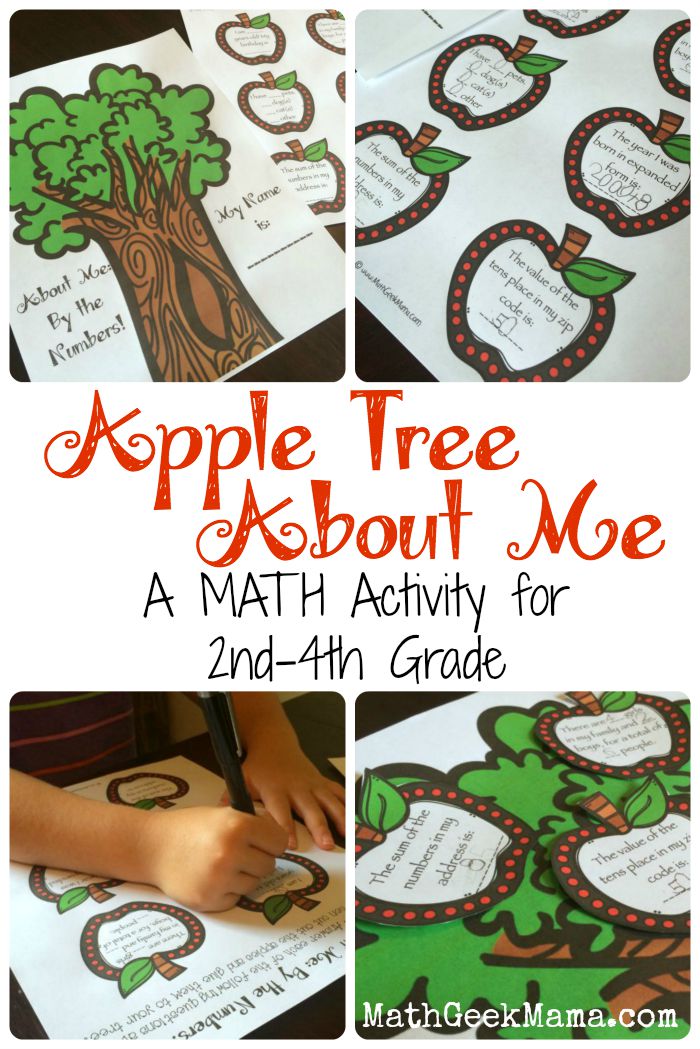 Or sit and read Ten Apples Up On Top

and talk about ways to make ten! Most of all, have FUN!