I’m SO excited to share our last “Disney Math” activity, because that means we are ready to go to Disney World! I’ve had so much fun looking for ways to incorporate Disney fun into our homeschool day, and my kids have really enjoyed it too! Today I’m sharing a simple activity that I was able to adapt to use with both my kids (kindergarten and first grade), to work on recognizing numbers with Cars

. (Although we used Cars from the movie, any matchbox cars would work! 🙂 ) 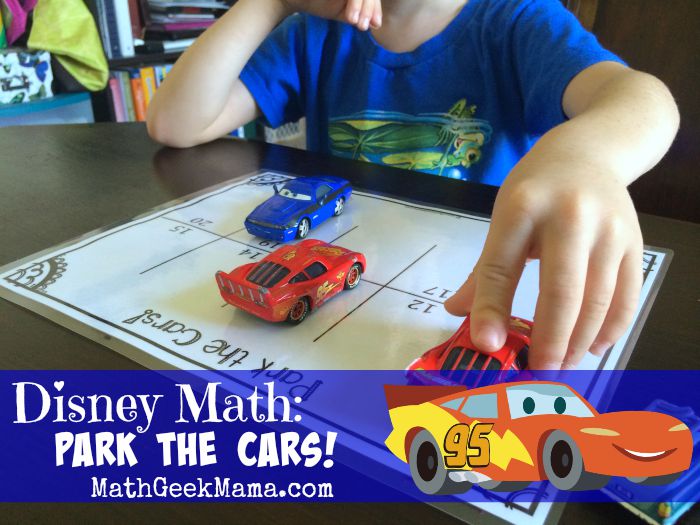 Lately, I’ve been working on just recognizing numbers larger than 10 with my son, and recognizing patterns, etc. So to help with that, I created this simple, hands-on activity that we could play with his Cars

cars because he is SO excited to see Lightning McQueen

these mats, because I think we will be pulling them out again and again to work on various things, and other mental math skills. For instance, lots of these ideas for using a hundreds chart can be used with these Cars mats! 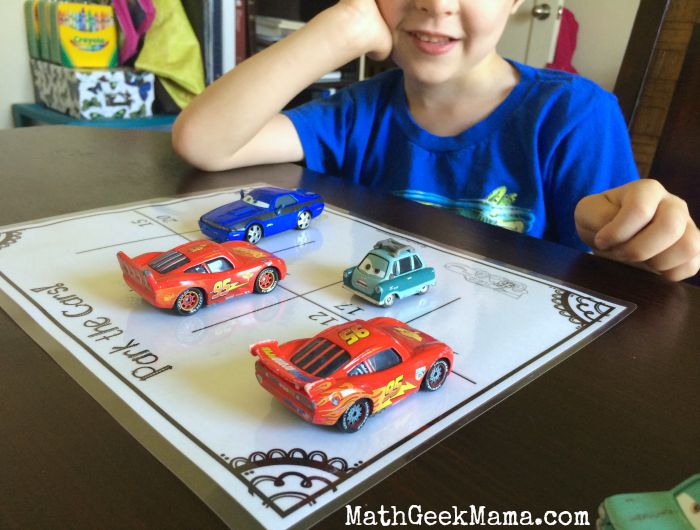 I let him choose the cars that he wanted, and asked him to “park” them one by one by calling out the parking space number. For example, I might say, “Park Lightening in spot number 19.” And then he would park him in the corresponding space! 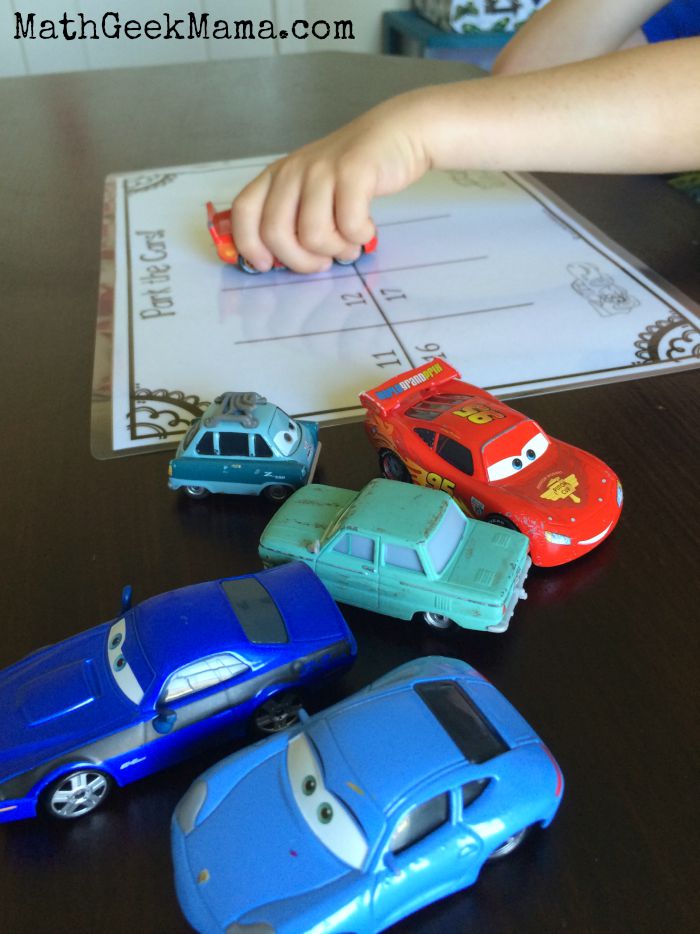 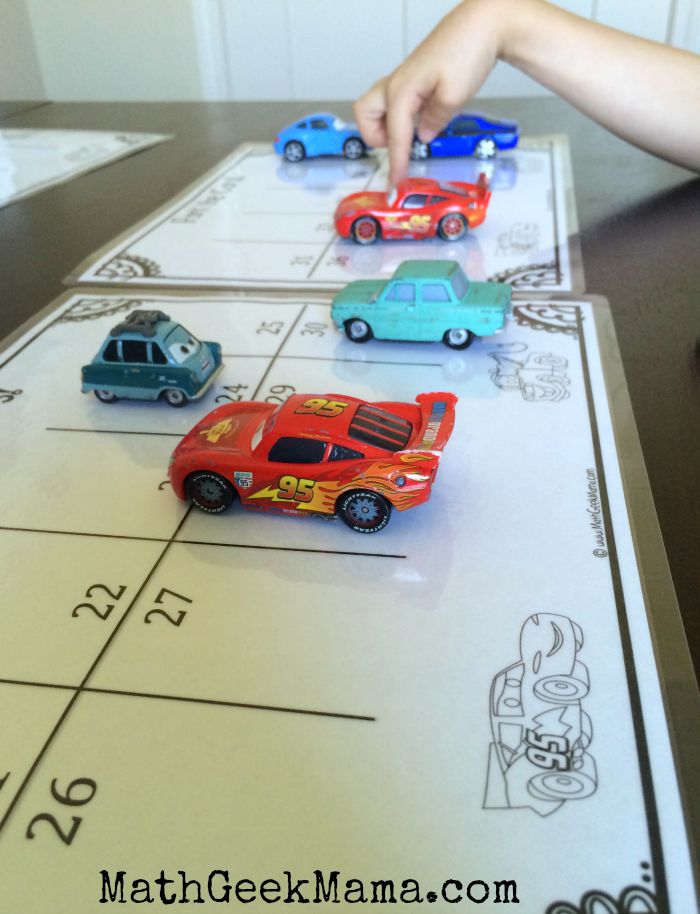 He really enjoyed this, and it gave us a chance to talk about how to read numbers and to introduce the idea of place value (i.e. all the “twenties” start with 2, because they have 2 tens).

With my daughter, I called out things that were a little more challenging, since she already knows the numbers 1-100. So I would say things like, “Park Lightning 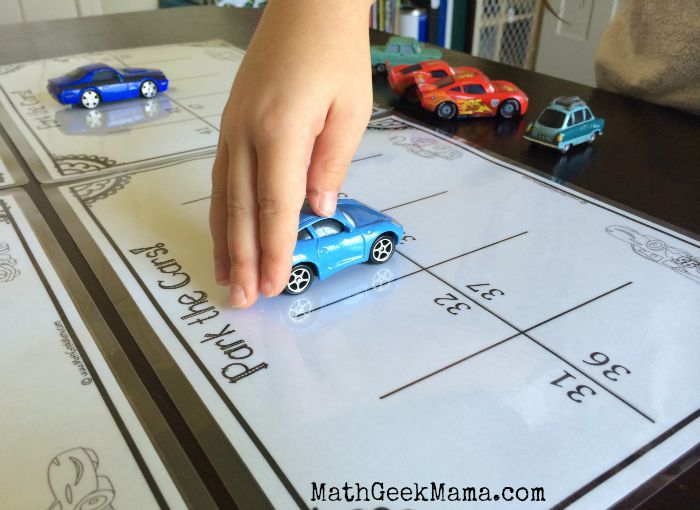 This was a great chance for her to think about “more than,” “less than,” and “equal to,” as well as practice using larger numbers. Because we are working on addition story problems, this was a great way to help her make the connection that “3 more than 13” is just another way to say “3 + 13.” 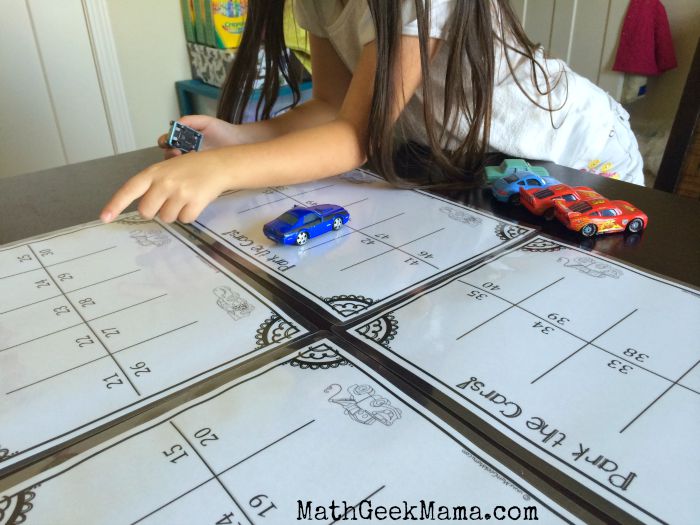 And it also provided a great discussion about ordering numbers. Because there are only ten numbers per mat, and we had to place them side by side on the table, they didn’t always flow in a straight line like on a number line, or nice neat rows like on a hundreds chart. But I liked that, because it gave her a chance to see numbers organized differently, and see that they still have to go in order if you want to add by “counting on.”

If you’d like this to use as well, grab it below! 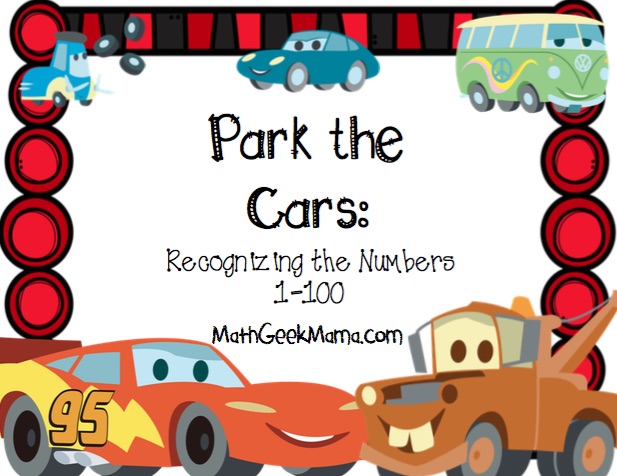 {Click HERE to go to my shop and download “Park the Cars:” Recognizing Numbers with Cars Activity!}

And don’t miss the other fun “Disney Math” posts: 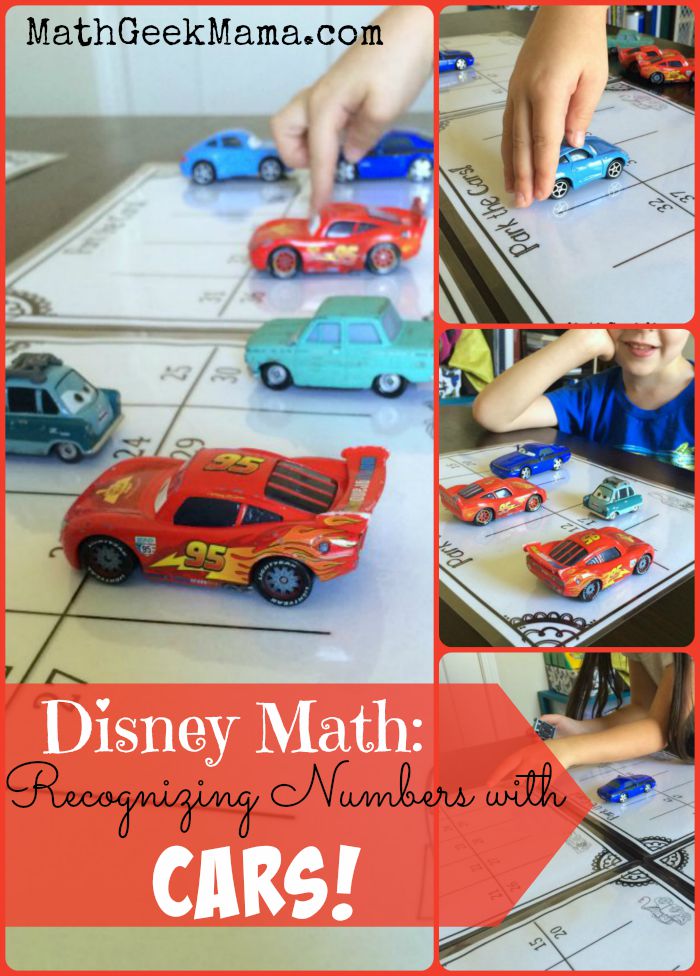