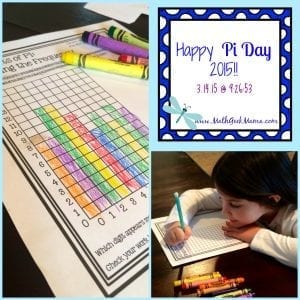 Today has become especially meaningful to me, not just because I’m a math geek, or just because I love pi(e), (though both of those things are true!), but because of my little “pi baby.” She was born weighing Pi! 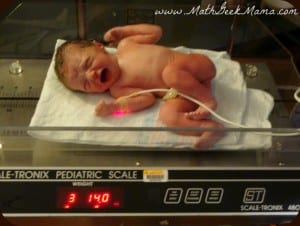 So of course, when pi day came around and I was still on maternity leave, I took my little “pi baby” to school to celebrate and let everyone “ooh” and “ahh” over her. Which they did, of course.

Two years later, and she’s just as cute as ever! 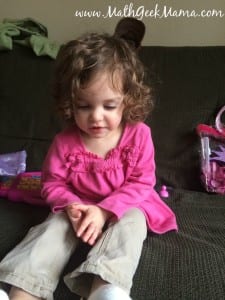 But I digress. The real purpose of this post is to wish you a happy, happy pi day, and show you how we celebrated at our house! We sang fun songs, and then I helped my daughter graph the frequency of the first 100 digits. 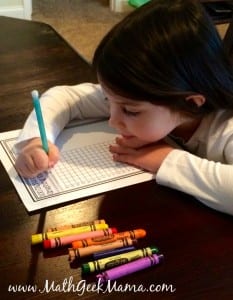 I was a little concerned this would be overwhelming for her, but she was excited and all about the challenge! She did the entire thing herself, and even though she missed a few numbers here and there, she still did a great job. 🙂 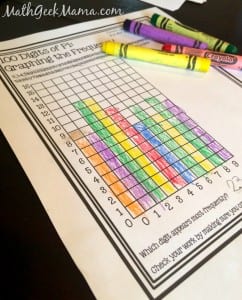 And of course, we had chocolate pie! Which is really all the kids cared about anyway, right? 😉

How did you spend Pi Day??