Decimals and fractions are quite a struggle for so many of our students. One concept that is incredibly important though, that takes a lot of practice is converting fraction to decimals and vice versa. So when we use hands-on ways to teach these concepts it helps them to understand deeply. Then we can provide fun ways for them to practice. This convert fractions to decimals game is a great way to get in some fun practice! 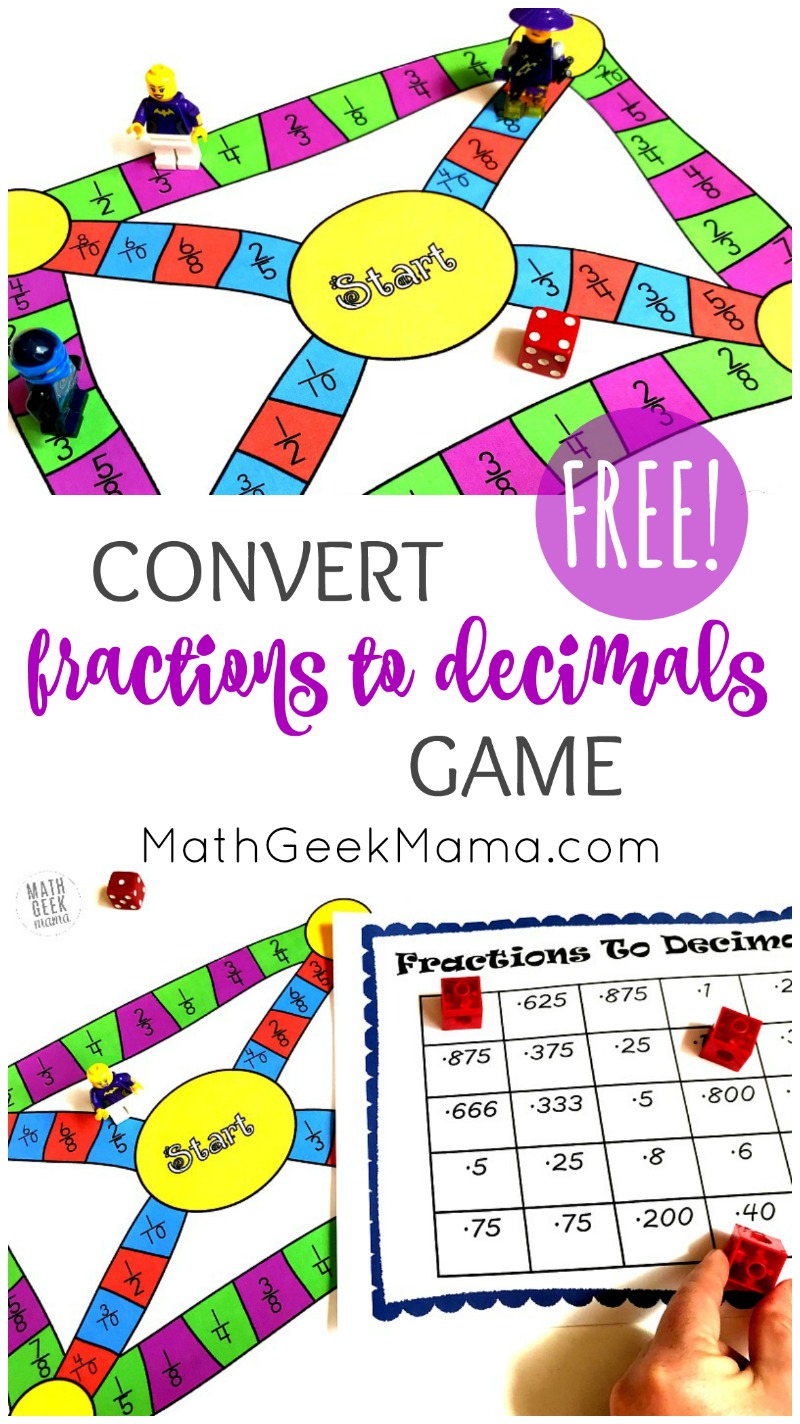 This game is fairly straight forward once you’ve got the materials prepped and ready, but it makes converting fractions into decimals so much more fun. Especially when you use your favorite LEGO character as your game piece! 😉 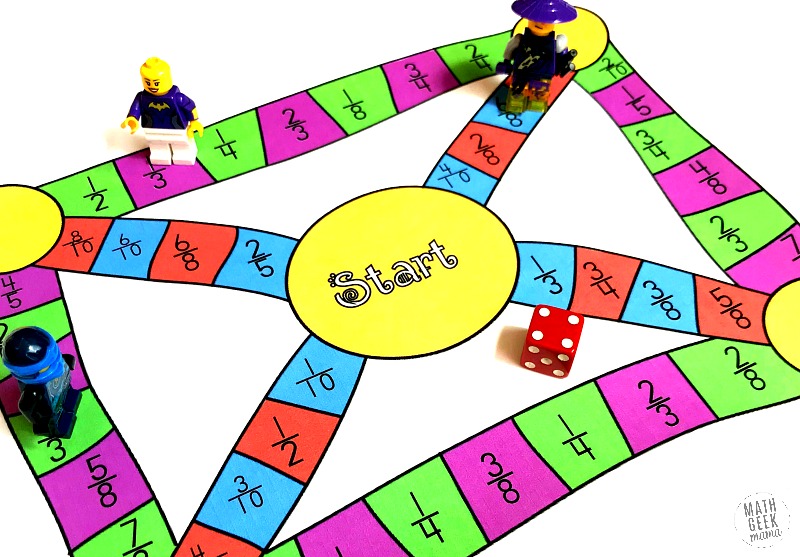 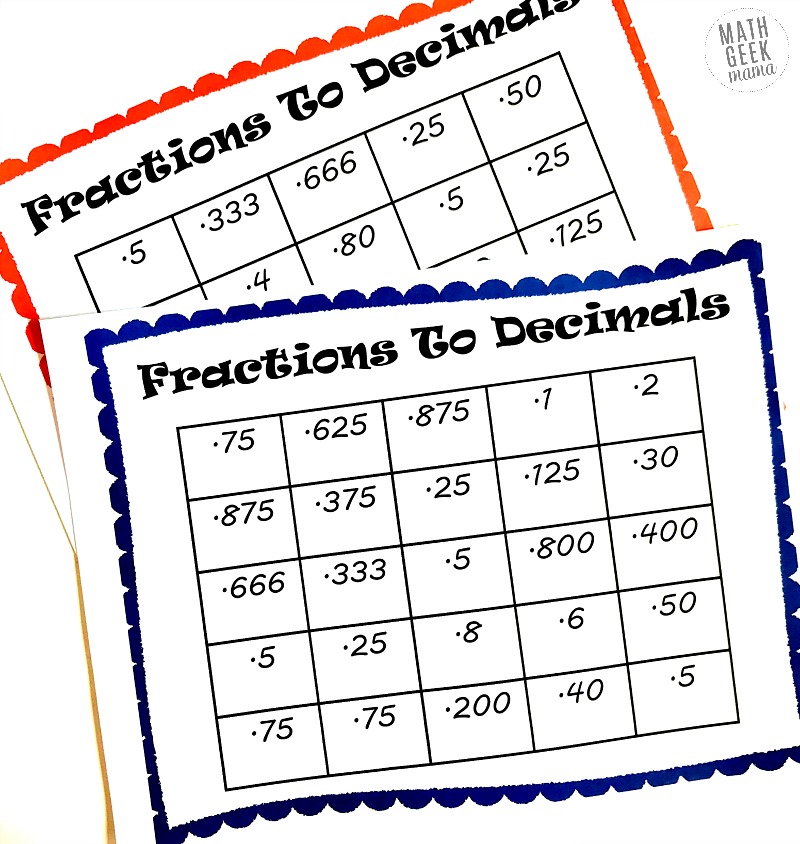 How to Play the Convert Fractions to Decimals Game:

There is some strategy here. As the student gets closer to getting five in a row, they can figure out what fraction they need to land on.

The only rule is that they can not reverse the direction they are traveling unless they land directly on a yellow circle.

For example, let’s say the student was traveling away from the START circle and wanted to land on 3/10. They missed it, but landed directly on the yellow circle. The next time they can reverse their direction and try to land on 3/10 on their next turn.

If they don’t land exactly on the yellow circle, they must decide if they want to travel north or east. 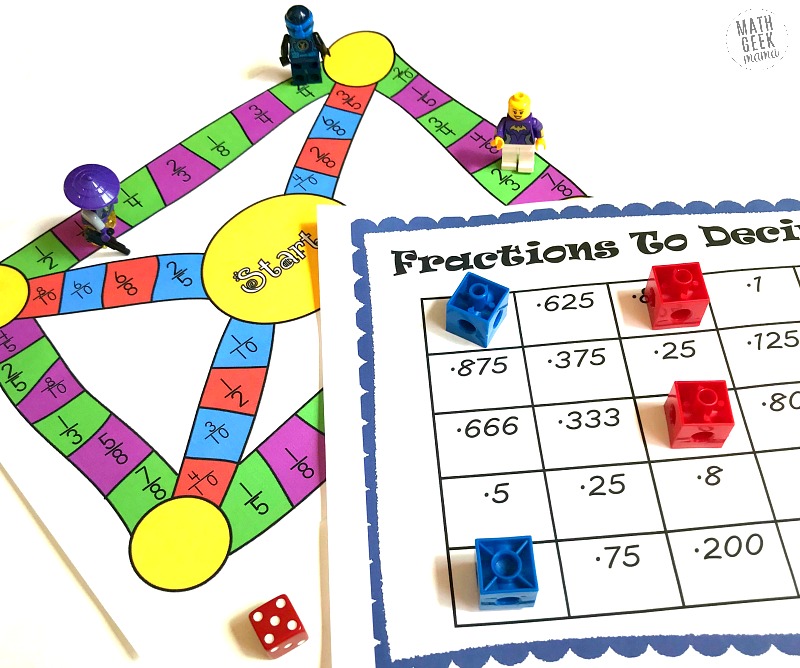 The first player to get five in a row covered on their Bingo card wins!

As a fun alternative, you could play other variations using the BINGO card, such as 4 corners, where kids have to try and cover each of the 4 corner decimals on their card or a ‘black out’ version, where they have to cover every single decimal on their card.

How to Convert Fractions to Decimals:

Many of the fractions on the game board are pretty easy to convert, and may even be common sense to some kids. 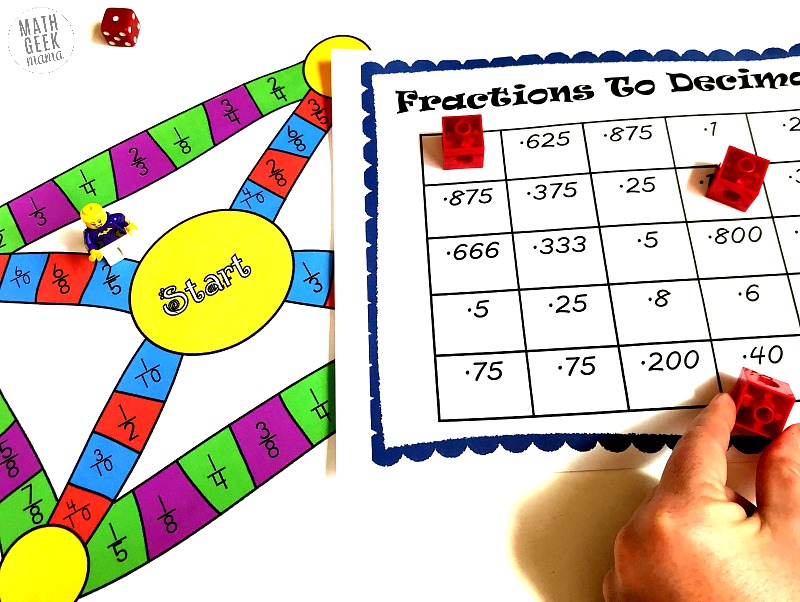 If they have developed a fraction and decimal sense, they probably can look at 1/2 and know that it’s decimal equivalent is five tenths (0.5).

Although these conversions may come easily to some children, here are some things you can do to help for those who don’t automatically see it.

Some of the easiest fractions to convert to decimals are the ones where we can find equivalent fractions.

We talk about decimals in tenths, hundredths, and thousandths.

Here are some examples of converting fractions to decimals with equivalent fractions:

If your child is struggling with finding the equivalent fraction, you can always use decimal grids to help them see this. See an example of how to use a decimal grid here.

Unfortunately, you can’t always use an equivalent fraction to easily convert fractions to decimals.

So 1/8 equals one hundred, twenty-five thousandths.

I hope your children enjoy this fun game to practice converting fractions to decimals. 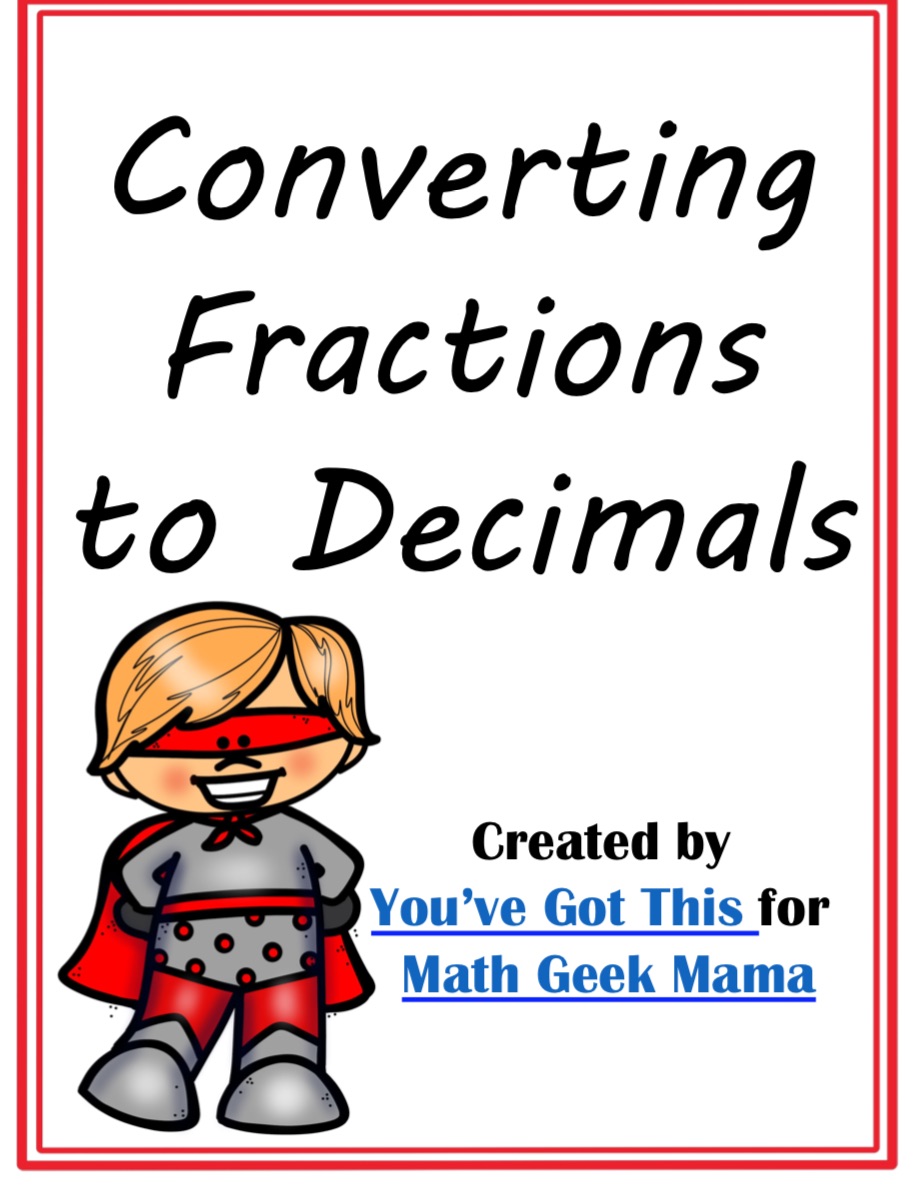 {Click HERE to go to my shop and grab the FREE Convert Fractions to Decimals Game!}