With the Super Bowl fast approaching, I’ve been thinking a lot about roman numerals. Yes, of course I’m also thinking about football, but as a math geek and homeschool mom, it made me wonder-“Should I bother teaching my kids roman numerals?” Is this something kids need to know? And if it’s not something that they need to know in everyday life, is there any benefit to teaching them? Well I’ve come to the conclusion that kids should learn roman numerals, and here’s why. 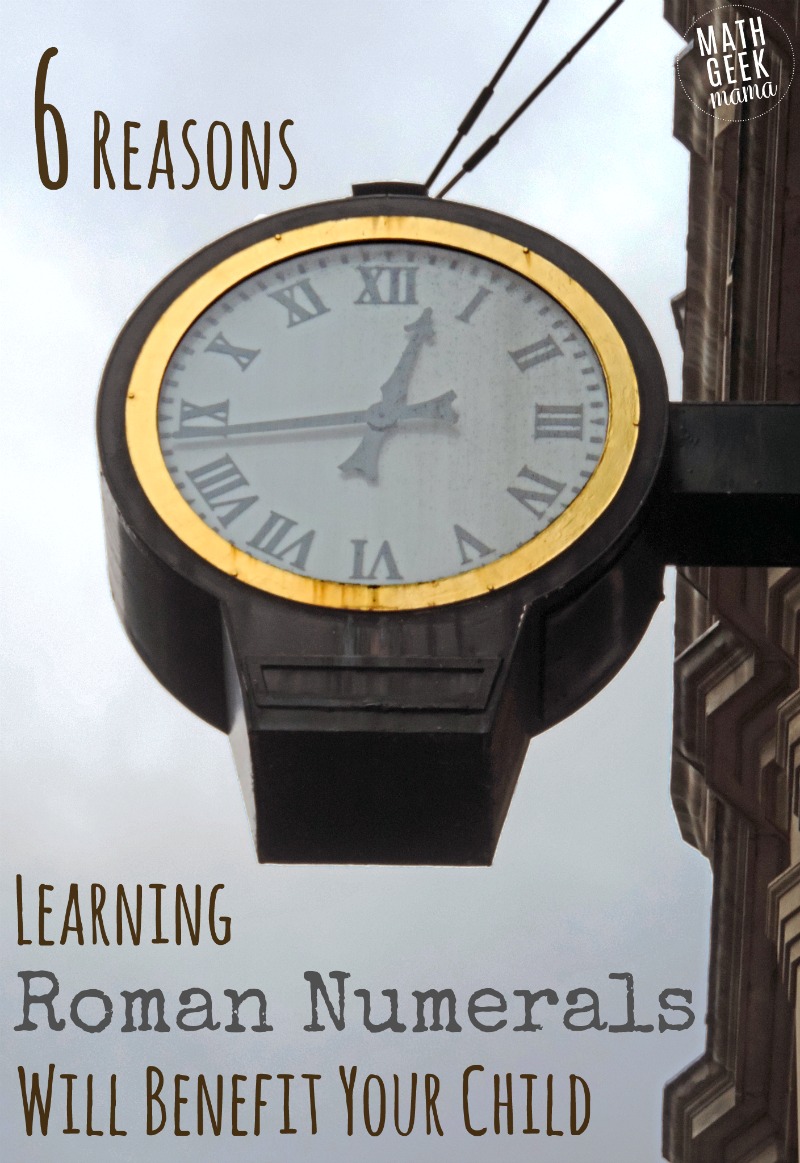 1. We See Them in Real Life (Even if infrequently)

So learning how to read and write Roman numerals may not be imperative to surviving life in the real world, but we do see them used from time to time, and not just to represent a Super Bowl number. Roman numerals are used in outlines, book chapter headings, and on clocks, including “Big Ben” in London.

2. It Combines Math and History

Even though I think of Roman numerals as a math topic, it’s actually an important part of ancient Roman history. Teaching Roman numerals as part of a larger study on ancient Rome is a great way to combine subjects. It can also make what might seem unnecessary more interesting if you have a child who’s a history buff. For instance, did you know that Roman numerals is the first numbering system to use subtractive tallying?

3. It Provides a New Representation of Numbers

Seeing numbers represented many different ways is a great way to help kids increase their number sense and better understand how numbers work. Thinking about numbers in different ways can also help them form connections or see patterns. Writing a number as a Roman numeral is just another way to show that various forms can look different, but be equal.

4. It Can Reinforce Addition and Subtraction

Because reading Roman numerals often requires adding or subtracting the values written together, this will give kids addition and subtraction practice, as well as a chance to work on their mental math skills. (But might be more fun than a worksheet or flash cards 😉 )

5. It Can Reinforce the Idea of Place Value

Even though the letters used to write Roman numerals represent different values than our base ten system, it is still a good opportunity to point out that where a number (or letter) falls has meaning. For example, in the number 1,648, the 6 does not just represent 6, it represents 600 because of where it falls in the number.

Or at least you can make it fun! Writing in roman numerals is almost like writing in code or hieroglyphics, so use it as an opportunity to make math fun and engaging. And if your child is struggling with the math they’re currently learning, Roman numerals may be a nice break and change of pace if they’re feeling frustrated or discouraged.

So while learning to read and write Roman numerals might not be the most important math your child will learn, I believe there is still value in it.

It can be a fun way to incorporate math into your history lessons, reinforce other math concepts, or just a way to change up your normal math routine. 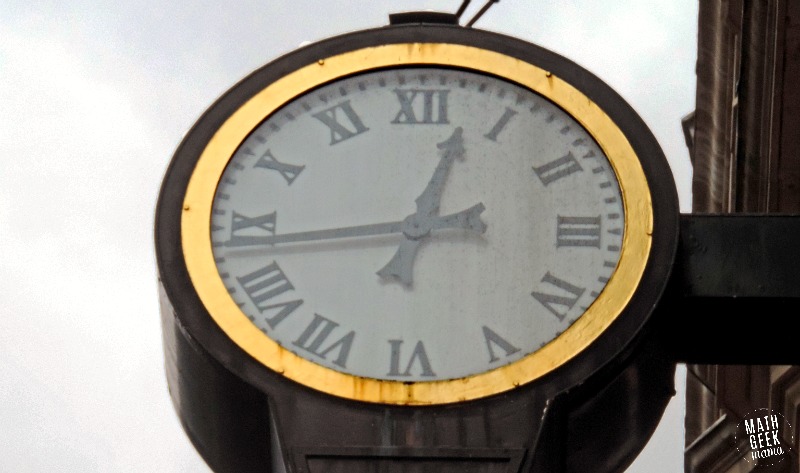 Check out this post from The Natural Homeschool for ideas and a freebie about Roman numerals and ancient Rome.

And this post for a quick overview of the rules involved in writing roman numerals.

Or read Fun with Roman Numerals

to get a great overview of the history behind it as well as how to read and write them.

There are also tons of great, hands-on ideas for learning with Roman Numerals at And Next Comes L:

What do you think? Do have any other reasons why kids should learn roman numerals? Or do you disagree completely and think they’re useless and unnecessary?