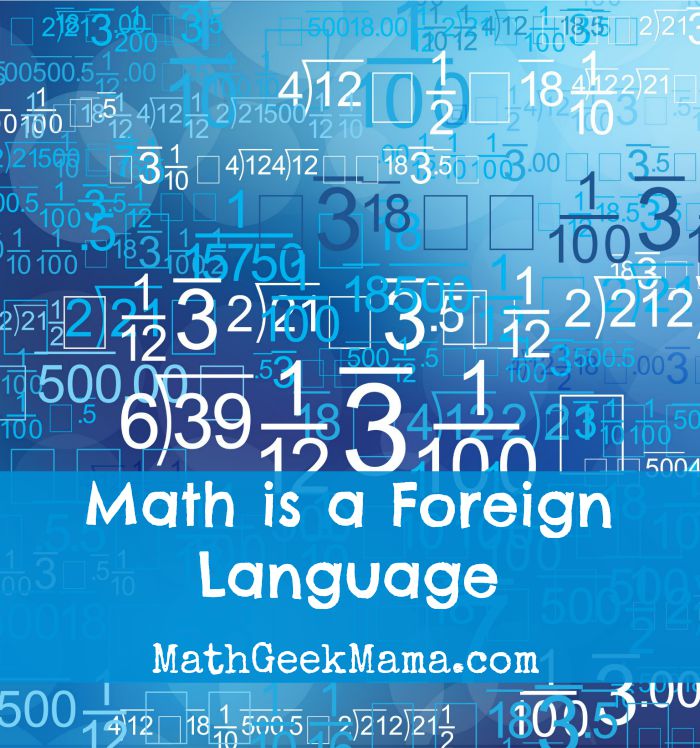 *This post contains affiliate links, which support the work of this site. Feel free to read our full disclosure policy here.*

Math is one of those subjects that strikes fear in the hearts of students everywhere. It is a four letter word that dare not be uttered. As a teacher, I often got complaints about the difficulty of this crazy subject that made no sense. Math was supposed to be about numbers, and yet here were all these letters-x,y, even i sometimes! It’s madness!

Think about it. If you are trying to learn Spanish, how would you go about it? Would you simply memorize a list of vocabulary words? If you memorized every word in the Spanish language would you know how to put them together correctly to form sentences? Would the grammar be correct? Chances are, you would have a lot of knowledge, but very little understanding. You would know a lot of words, but not how to use them.

The same is true with mathematics. You can try to learn it by memorizing, and you may get by okay (after all, you will have a great deal of knowledge), but you will not truly understand. You may not always be able to put all the pieces that you know together correctly because you don’t understand how all the pieces fit together. You will have a lot of facts or procedures memorized, but you won’t be able to see patterns or solve higher order problems.

To give you an idea of what I’m talking about, here’s an example of a simplified problem that nearly every one of us faces. Our cell phone bill.

In English: “My cell phone provider charges a fee of $50 a month for 500 minutes, but also charges 10 cents for each minute that I go over the limit.”

All three of those say the same thing. All three explain the relationship between the cost of my cell phone bill and how many minutes I talk on the phone. A simple, linear equation is just another way to express that idea.

You could also look at a graph of the charges to see what happens over time as the minutes used increases. What does the graph look like if you only use 250 minutes? How does the graph change as the number of minutes surpasses 500? For visual learners, the graph might make more sense than the algebraic equation, but again, they say the same thing. The English and the Spanish and the equation and the graph are equivalent.

So how can you treat math like a foreign language to learn it more deeply?

Rather than memorizing formulas, explore numerical relationships. Create charts or graphs, and look for patterns. Learn strategies for problem solving. Use what you know to work towards a solution. In other words, seek to learn math by doing math.

Language is best learned when the student is immersed in the subject. When they are hearing the language spoken and when they are forced to try it out themselves and find a way to communicate. Similarly, let math become a part of your everyday life. Ask good questions, and then take time to explore and find solutions. Read Math Curse

together as a family, and then take time to notice math in the world around you. (For more ways to use the book Math Curse, see this post).

And sure, it may take a little longer to solve a problem, but who cares? Who says that being skilled at math and being fast at computation are one and the same?

After all, the goal of learning Spanish is not to speak as fast as you possibly can, right?

What do you think? Do you think of math as another language? Is that helpful and encouraging or intimidating?

Want to learn more about how to be a great, studious mathematician? Check out this post: 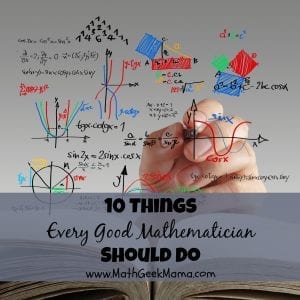 10 Things Every Good Mathematician Should Do

Another great resource for understanding math is What’s Math Got to Do with It?

If you’d like to read about math as a language from the perspective of a French teacher, check out this post!