After buying a huge box of sidewalk chalk (like, the second the weather showed signs of warming up), I began brainstorming ways to use it for outdoor learning. Obviously, my kids use it to draw and create, but I also love using it for math games and fun challenges. Especially if it means getting my kids moving while increasing their math skills. 😉 We had so much fun with our Skip Counting Hopscotch, I decided to set up what is called a Jumping Maze. As I said, I was looking for a get up and move game, so we created a Sidewalk Chalk Jumping Maze, but the kids had so much fun, I also created a printable version if the weather’s not cooperating! 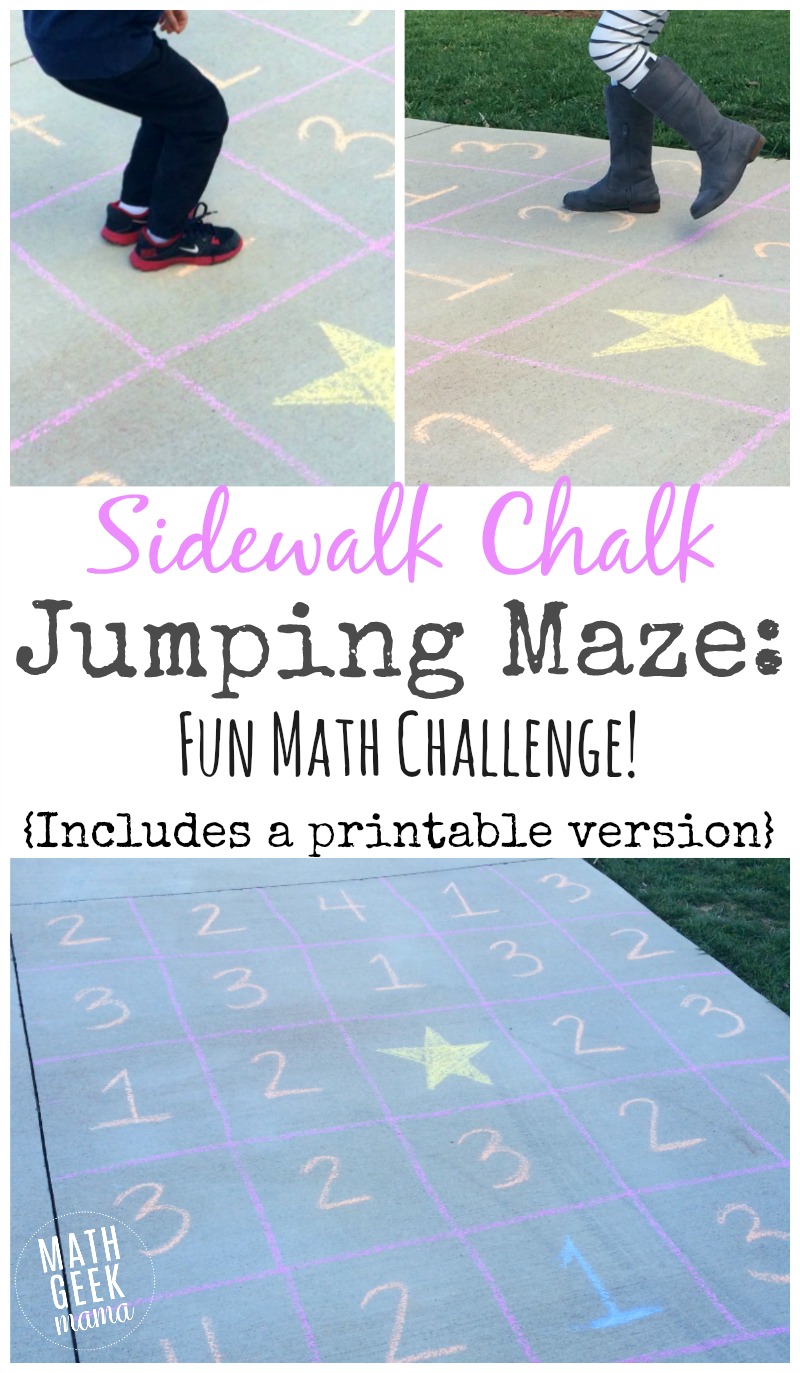 I heard about this type of puzzle from Steve Humble, who runs the Learning Math Outside the Classroom side of the NCETM website. This is one of the 6-minute mazes from Adrian Fisher, and was used during a “Maths Week” in Ireland.

If you’re interested in more challenges, check out this page with links to other mazes, and logic games.

The Goal of a Jumping Maze:

The goal of this maze is to make it to the center square (in a 5×5 grid). I marked ours with a star to make sure my kids knew where they were trying to get to. 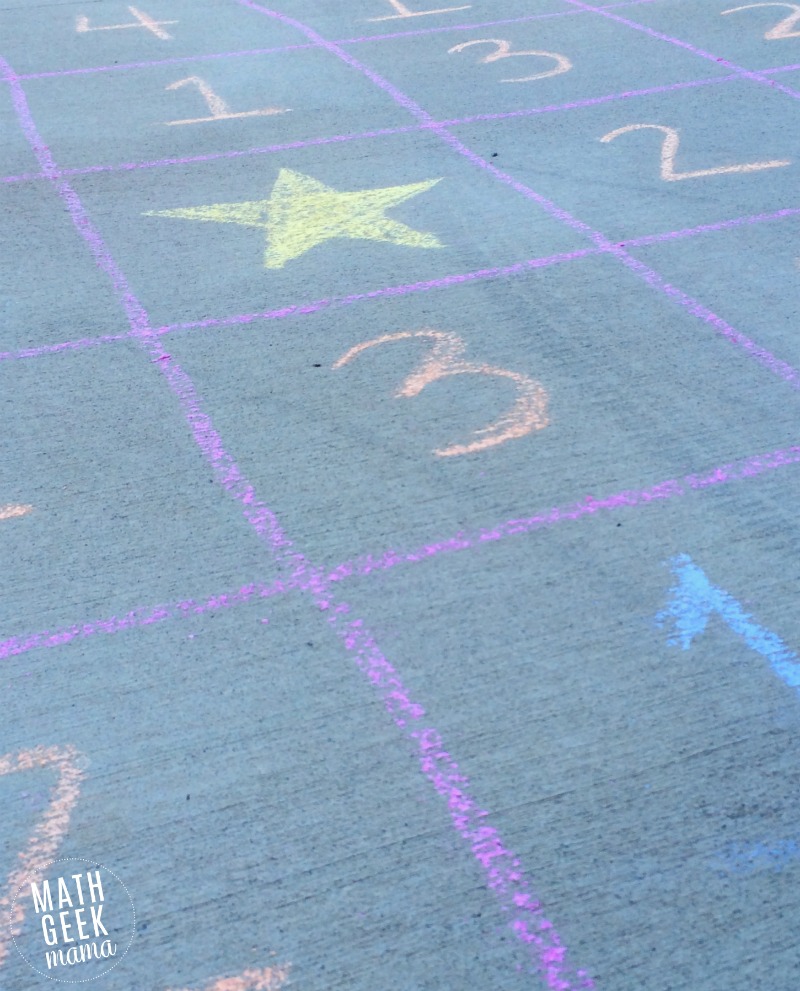 Setting Up a Jumping Maze: 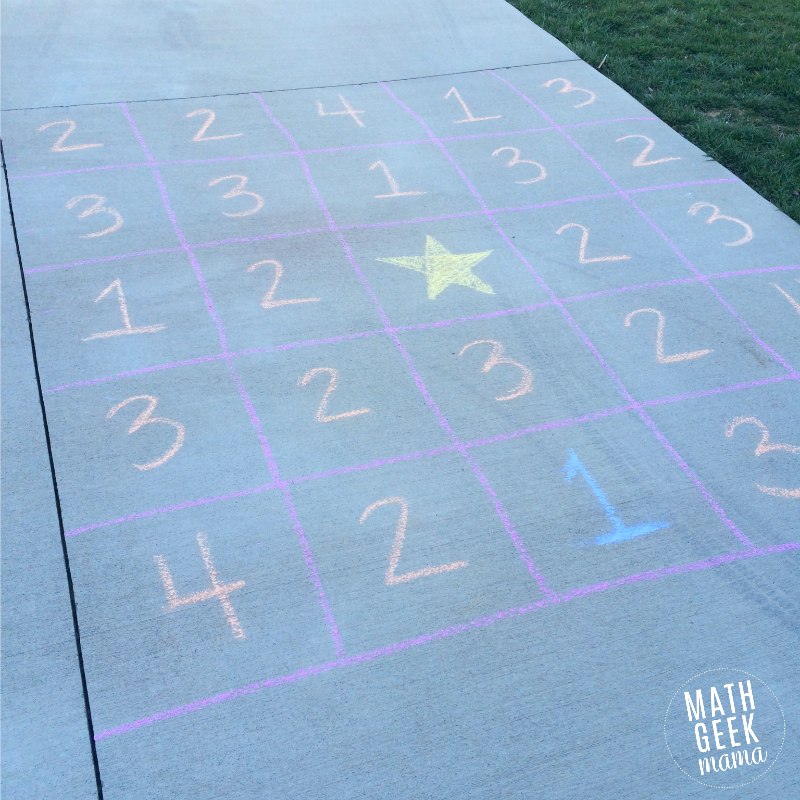 Once the grid was set up, I simply filled in the other squares with numbers from 1-4. To start, I followed the same pattern as the example from Adrian Fisher. But after playing and practicing with the kids, we created several more of our own patterns (still using the numbers 1-4).

How to Complete the Sidewalk Chalk Jumping Maze:

Once the entire grid is complete, it’s time to find your way through the maze!

Every player must start on the 1 in the bottom center square.

Then, jump 1 space in any direction (up, down, left or right), but not diagonal.

To continue through the maze, you can jump in any direction the number of squares indicated by the square you’re standing on. 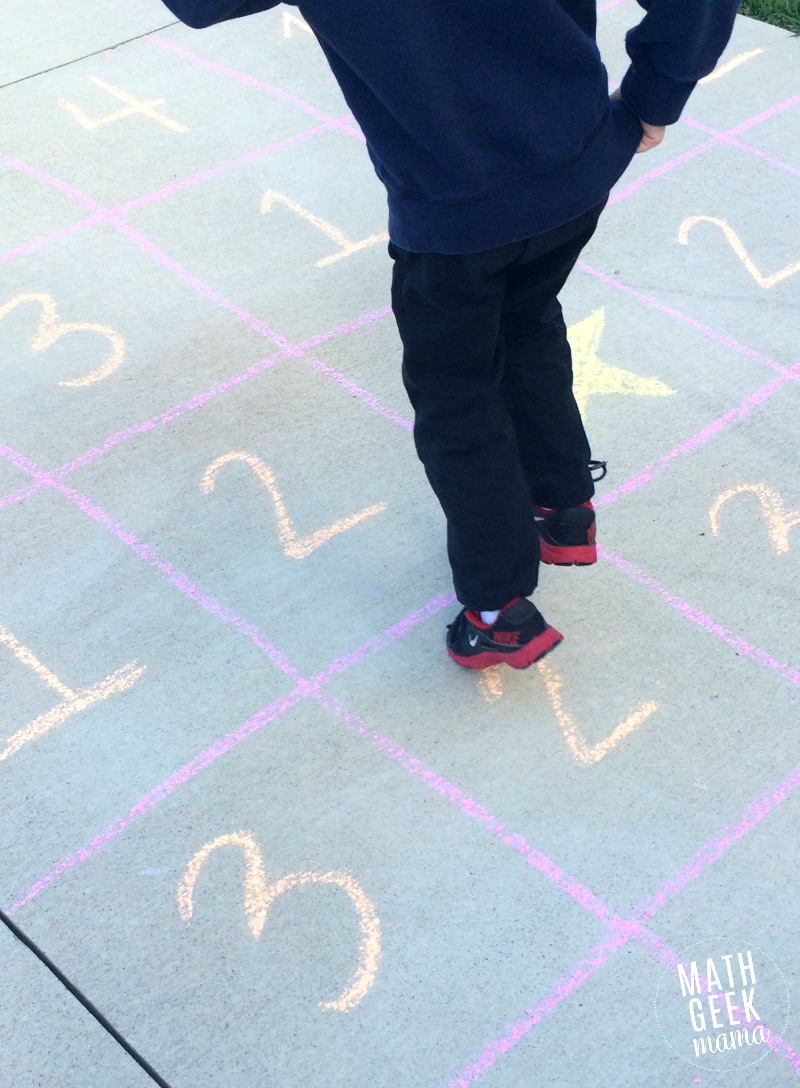 Again, the goal is to make your way to the center square, by landing exactly on it. 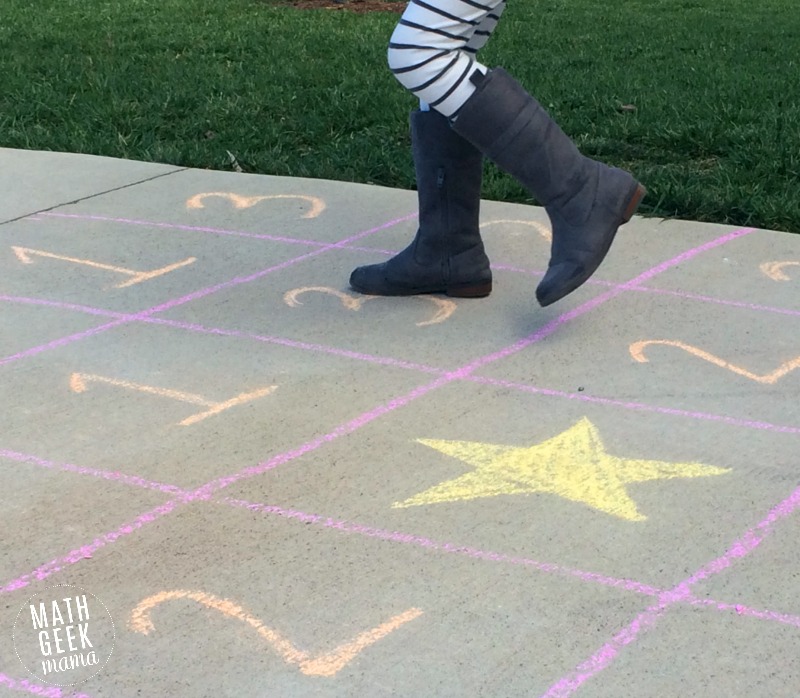 This can prove to be more of a challenge than you might think!

My kids thought this was great fun, and each time they made it to the center, determined to go again, finding a different path. 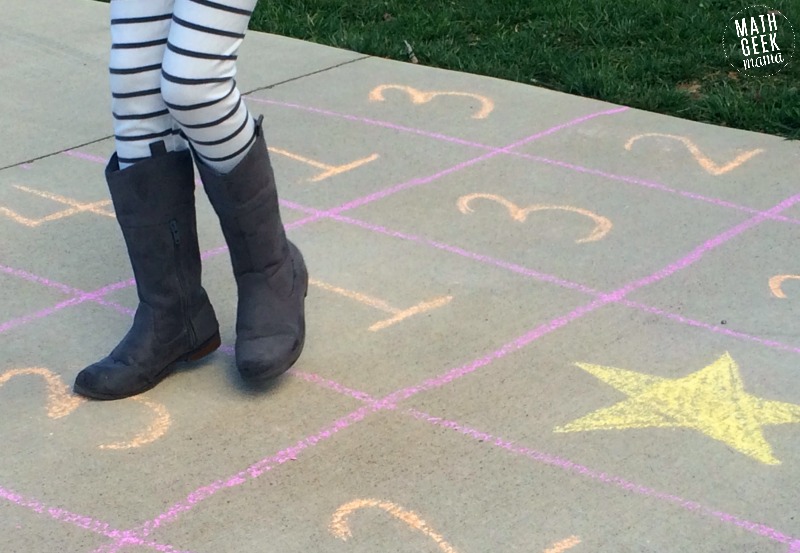 I was thrilled that they enjoyed it, and after we all had several turns, they were ready to try and create their own maze to challenge each other.

The morning we were outside playing was a little chilly, so because we were ready to come inside (but not ready to be finished with the mazes), I created a printable version.

The starting and ending squares are already marked in each maze. Students simply fill in the rest of the squares with the numbers 1-4 or 1-5 (for the 7×7 maze) and then use a marker to “jump” through the maze!

We used a small bead, but you could use beans, pennies, game pieces, etc.

We also used it with a partner, by each putting our marker on the starting square and then taking turns jumping. The first to make it to the center wins!

This may not seem like math, but it is actually related the branches of mathematics called Network Theory and Graph Theory.

The math can get quite complicated, but has important implications and applications in computer science, electrical engineering, biology, and so much more.

If you have an older student who’s interested in Graph Theory, they may enjoy reading about The Seven Bridges Problem first presented and proved by Euler in 1736. This paved the way for modern graph theory.

Not interested in graph theory? That’s ok! Grab your free Jumping Maze printables below, or get outside with your kids and draw some with your sidewalk chalk! 🙂 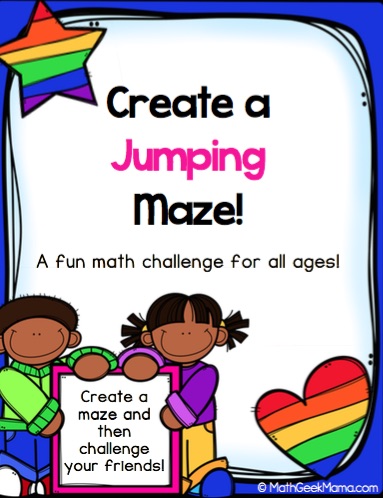 {Click HERE to go to my shop and get a printable copy of the Jumping Maze!}

Want more ideas for practicing math with sidewalk chalk? Try one of these: