In the early years, a child’s math education should focus on developing number sense. In other words, helping them to understand numbers in lots of different ways, and to be fluid in how they use numbers and work with numbers to solve problems. As kids progress through school, they begin to be introduced to fractions. And since fractions are in fact numbers, we want kids to be as fluent and comfortable using and manipulating fractions as they are with whole numbers. This is known as fraction sense. Today I’m continuing the series on developing fraction sense with You’ve Got This Math, and will be sharing comparing fractions using benchmark fractions. 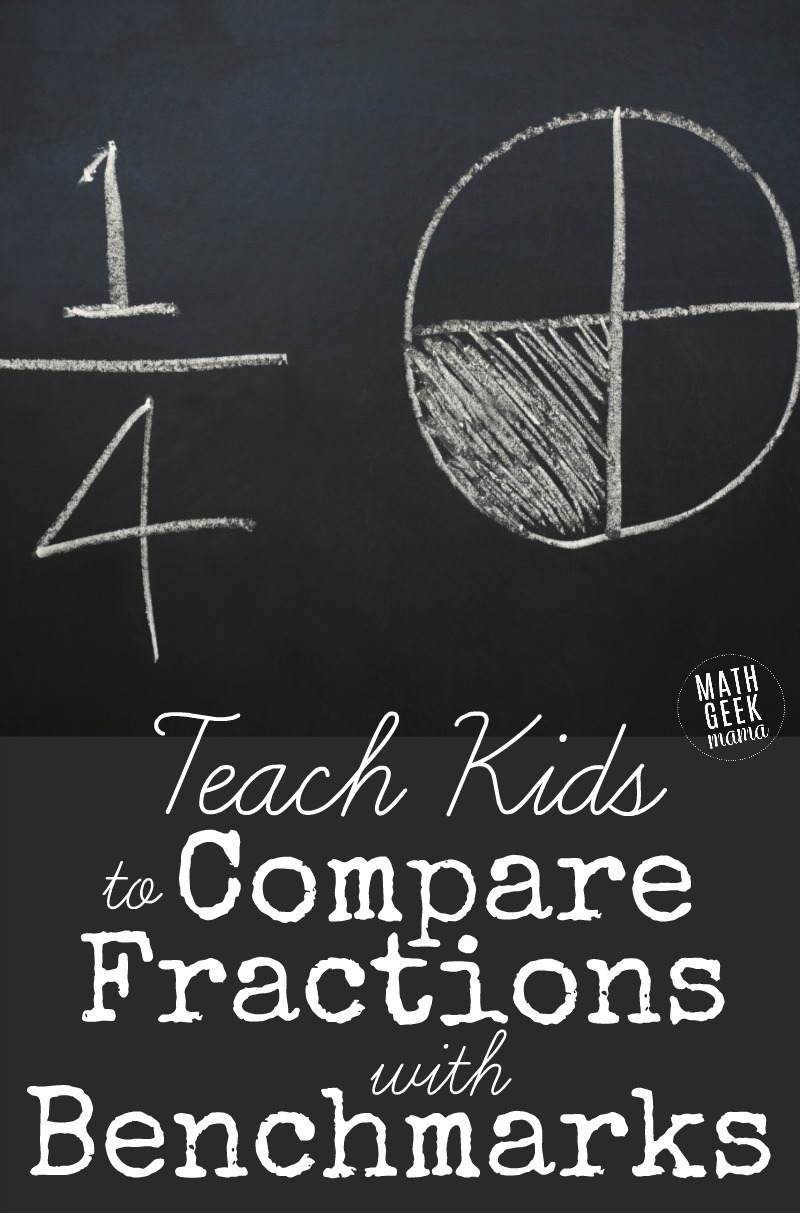 To begin, I want to share a helpful definition of fraction sense that I read this week from the book Beyond Pizzas and Pies by Julie McNamara and Megan Shaughnessy:

Fraction sense implies a deep and flexible understanding of fractions that is not dependent on any one context or type of problem.  Fraction sense is tied to common sense: Students with fraction sense can reason about fractions and don’t apply rules and procedures blindly; nor do they give nonsensical answers to problems involving fractions.“

So what we need to understand is that fraction sense is built on a solid foundation of logic and common sense.

We don’t want to teach our kids rules or tricks without any kind of context or conceptual understanding.

When we do that, we are telling them essentially, “Just do it like this, even though it’s completely nonsensical, and you’ll get the right answer.”

Math is not nonsensical. It’s built on the reality of the world around us. So if we instead teach fractions with visuals, hands on models, and so on, and seek to teach them in a conceptual way, they won’t see math as a set of rules devoid of logic.

They will develop number sense and fraction sense.

Fraction Sense Begins with Understanding the Numerator and Denominator

Understanding fractions has to begin with seeing the fraction as a number, rather than two separate whole numbers.

The fact that a number has been written as a fraction, implies something about those two parts, called the numerator and denominator.

My friend Rachel has begun our series with a post on simple ways to introduce the numerator and denominator (and created a fantastic free printable activity!).

Today I want to focus on benchmark fractions and why this is a helpful way for kids to understand fractions, how they relate to each other and how to compare fractions.

What are benchmark fractions?

Benchmark fractions are common fractions that you can use to judge and compare other fractions.

To begin, encourage students to use 1/2 as a benchmark for comparing and reasoning about fractions.

As students progress, you can encourage them to use any unit fraction as a benchmark for comparison. (A unit fraction is a fraction with a numerator equal to 1, such as 1/3, 1/4, 1/5, etc.)

Then discuss with students what they notice about all the equivalent fractions. They will probably not notice right away, but the goal is for them to see that the numerator is half the denominator.

Then you can give them other fractions to compare to 1/2.

For instance, is the fraction 4/6 greater than or less than 1/2?

You can then repeat this process with 1/3 and 1/4, etc. But be sure to provide students lots and lots of hands on, visual practice with comparing fractions to these benchmarks.

I would also encourage you to show these relationships on a number line as students are finding equivalent fractions and comparing them.

Eventually, kids should be able to use their knowlegde of benchmark fractions to compare two fractions with unlike denomnators.

For example, what are some ways to think about this problem:

At first, a student might notice that both are less than 1/2. So that doesn’t help us. So what if we compare to 1/4?

Understanding that the denominator determines the size of the parts, we know that 1/5 < 1/4 because fifths are smaller than fourths.

Now, it takes a lot of practice and manipulating fractions to get kids to the point of being able to think through that problem mentally and logically.

But it’s possible! So spend more time focusing on fraction sense, and less time on rules and procedures. 🙂

You may like this hands on fractions resource book, which uses rulers and paper folding as a way to visualize and understand fractions.

And be sure to stick around for the rest of our Developing Fraction Sense Series! 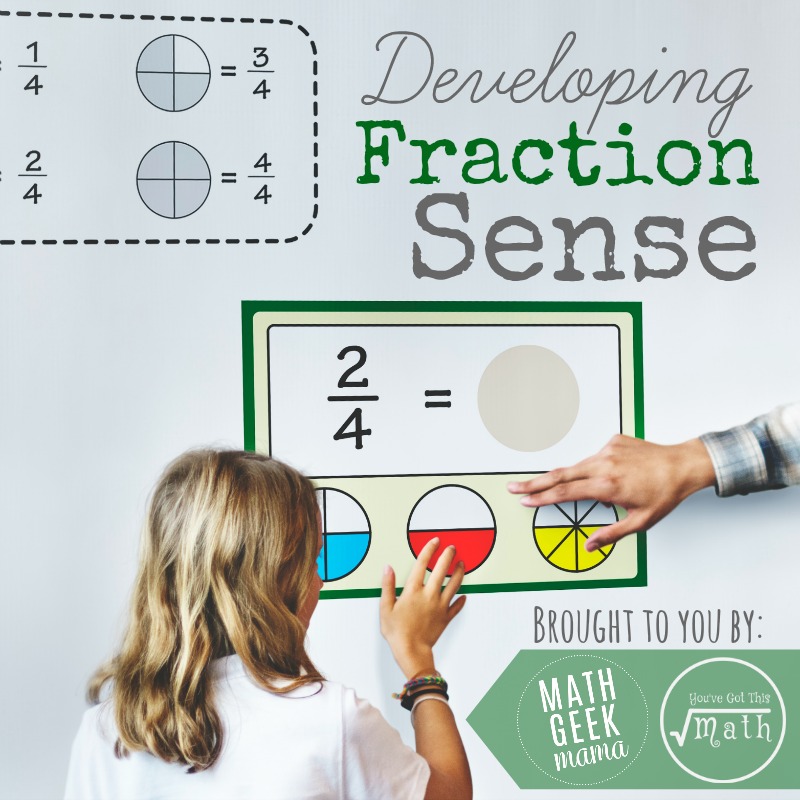